In Defense of Dairy

I’ve heard it all- all the reasons dairy is apparently horrible for you:

Not only is it labelled “pus” (thank you, Skinny Bitch book), but it is filled with hormones, spikes insulin, casein is addictive, everyone is lactose intolerant, its a neolithic food, we are adults and don’t need milk, and even the most mainstream and fat-phobic reason: it is loaded with saturated FAT!

Lots of groups like to give their reasons why milk and dairy are health wreckers, but I am here to argue in Milk’s defense. 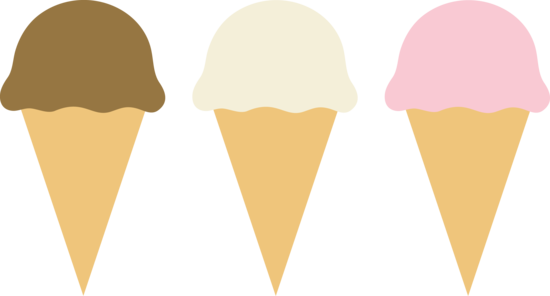 Many people are lactose intolerant, or “lactose intolerant”. I was diagnosed as lactose intolerant at 2 years old and grew up drinking rice milk and soy cheese. (blerggg) But I would sneak real cheese at school. In fact, my schtick in the cafeteria was that I would go to the salad bar and just fill up a whole bowl of shredded cheese and eat it with my hands. Delicious. I was a Fuck It Dieter long before I was a dieter.

But I found I could tolerate cheese no problem, and also that it was my favorite food. But milk, which I rarely tried, and never really liked anyway, made me feel bloated. Lots of the extreme diets I went on argued against dairy, and because of my “lactose intolerance” I believed them even more.

Its Not the Milk’s Fault

I read recently that lactose intolerance is not the milk’s fault, it is our fault. They argue that the difficulty digesting it is due to impaired gut function and low thyroid function. And that in many cases, slowly adding it back in can help our bodies adjust to digesting it.

Not only did Ray Peat and Danny Roddy convince me to give milk another go, but also the Weston A. Price Foundation’s support of (Raw) Dairy consumption. Not only that, but the restrictive GAPS diet I tried (and failed) even supports dairy consumption.

While WAPF and other Real Food enthusiasts insist that milk should be raw, Ray Peat seems to think that even pasteurized milk can be beneficial.

So I began drinking some. First a glass of pasteurized milk -which did leave me bloated. But, I was at my parents home in PA at the time where Raw Milk is easier to get, so the next day I had some raw milk and felt fine.

I kept on drinking raw milk for a few days. When I ran out, I decided to have another glass of pasteurized milk. And I felt fine. I felt fine! I cured a life long case of lactose intolerance.

Then I started in on the ice cream.

So… Is Milk a Beneficial and/or Essential Part of the Diet?

I am in the business of busting food myths and food phobias.

I wanted to show myself that I could. And give myself the option to drink milk and eat ice cream if that’s what I crave. I already tolerated cream in my coffee and allthecheese. I wanted the freedom and the option to go even further. Plus I had a feeling that it could be great.

I am trying to tell you, dear reader, that if you are scared of milk: no need. And if you are lactose intolerant or even allergic to milk, it is not the milk. It may just be your body’s state, and if it is worth it to you to acclimate to drinking milk, you probably can.

How are we supposed to eat what we crave when we are afraid of food that might be good for us?!

Milk is loaded with protein, vitamin D, vitamin A, vitamin K2, and B2 and B12 vitamins. As well as grassfed milk having conjugated linoleic acid (CLA)- an amazing-for-you-fat. These are all vitamins that are not quite abundant in other foods, and definitely not abundant in plant foods.

Milk is easy to consume and the nutrients are easy to absorb.

I think the best thing about milk and cheese and ice cream though, is that it is one of the highest foods in saturated fat, which is a good thing. It supports healthy cell, hormone and brain function, as well as being anti-inflammatory.

Remember, my goal is to take away unnecessary food phobias to allow our cravings to be King. Don’t listen to those ladies who wrote Skinny Bitch. Just because they have a book doesn’t make them right.

And just because I have a blog doesn’t make me right.